In order to preserve, revive and present to our visitors the local culture of wine and Ikaria we have created a gallery containing asignificant collection of artifacts, tools and utensils from everyday life ofIkaria in the past. A large part of the gallery is dedicated to the wine and wine lore, as wine has always been associated to the island’s life, being present in all social events and gatherings, weddings, christenings and even after memorial services in church.

Some remarkable items in our Gallery are:

After the press, the wine was poured into these jars to ferment and mature. As it goes, it was this method of wine making, in combination with the Fokiano and Begleri varieties and the particularly favorable soil, which endowed Ikaria’s wine with the oldest in the world geographical indication: the renowned “Pramnian Wine”.

Various tools and utensils of everyday life which were used in:

We are waiting for you in the Folklore Gallery we have created in our Winery with a lot of love and artistry, to offer you a tour in Ikaria’s wineculture, history and everyday life in the good old times. 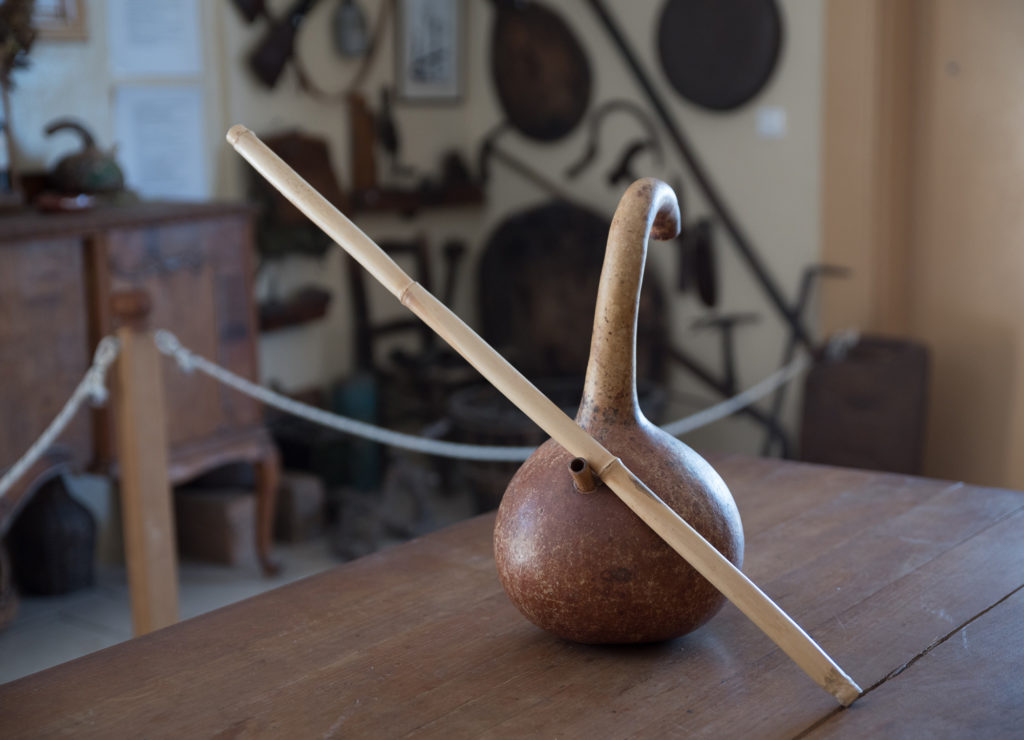 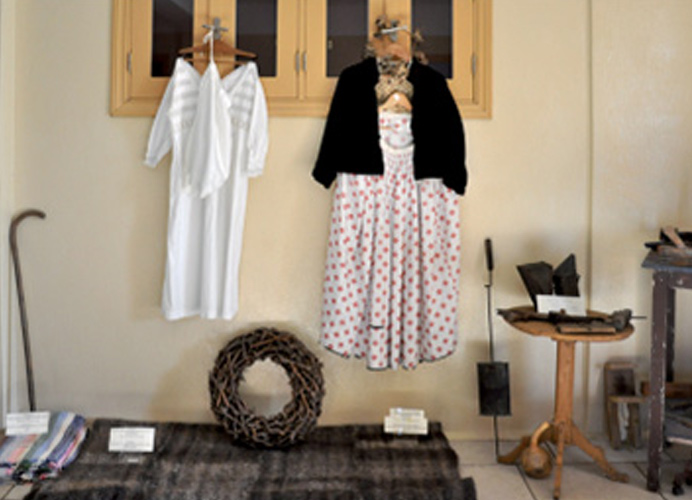 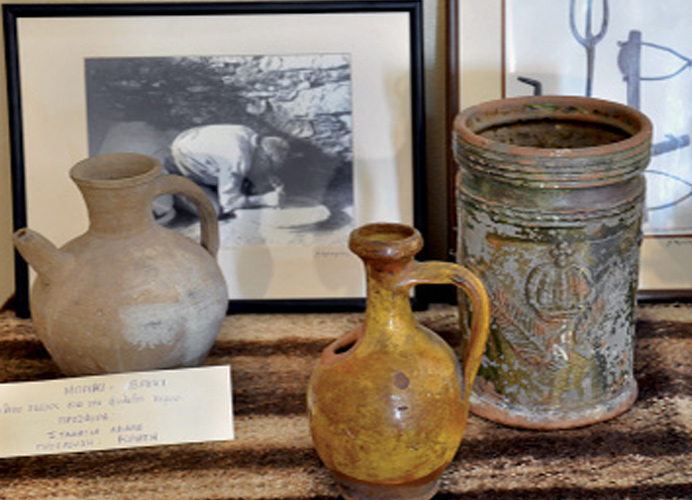